Here are some of the things that I'm proud of, roughly in chronological order (newest first). 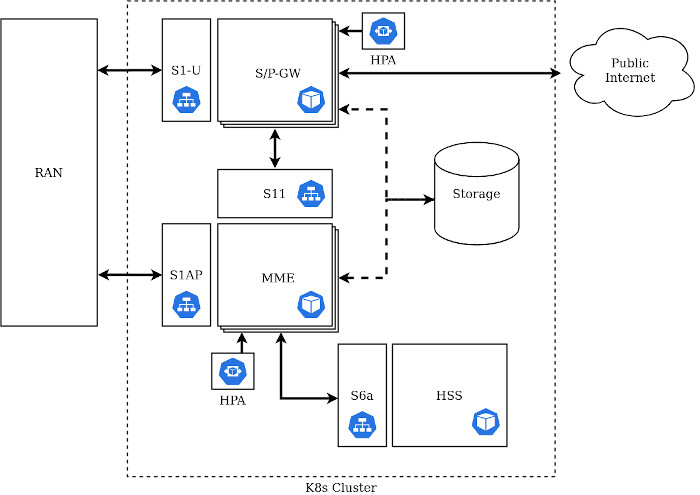 Mobile core networks traditionally have been deployed using custom-built hardware, and more recently using virtualised network functions. Containerisation provides a number of benefits over using virtual machines, and so my dissertation was looking at orchestrating the 4G core network using Kubernetes. You can read it here.

CreatED was the UK's first student-run hardware hackathon and hosted ~100 people. A hackathon is a making event, where participants get together in teams to build something over the course of 24 hours. CreatED's twist was that all hacks had to include electronic components or embedded software somehow. I was responsible for sponsorship, workshops and event software.

This was a group project for university to build an assistive robot. We chose to build a robot targeted at disabled chess players. The robot had an accessible web interface for players to input moves, and would move the pieces on a physical board. I was mostly responsible for the Python backend server that maintained state and interfaced between the web-app and the robot itself. The repositories are available under the deeper-blue GitHub organisation.

Shazam released a paper in 2003 on how their algorithm worked. Shazam is fascinating to me and so I set out trying to replicate the paper's algorithm in Python. I gave a talk on the project at EuroPython 2016. I also published an explanation on how it works.